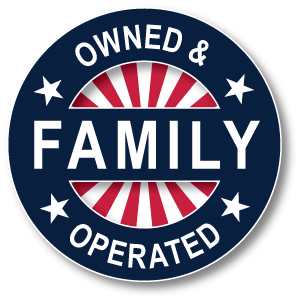 We are a family-owned and operated, farm-to-table style restaurant located just outside of Kalamazoo in Texas Township. Our belief is that craft beer deserves craft food! Our menu features fresh, made from scratch options available nowhere else. Beer and cider selections are 100% crafted by us. They include familiar beer styles, hard cider made from apples grown in our family's orchards, and experimental small batch brews. Join us for a wonderful food and beverage experience in our 100 year old historic church, now renovated into a beautiful tap room! 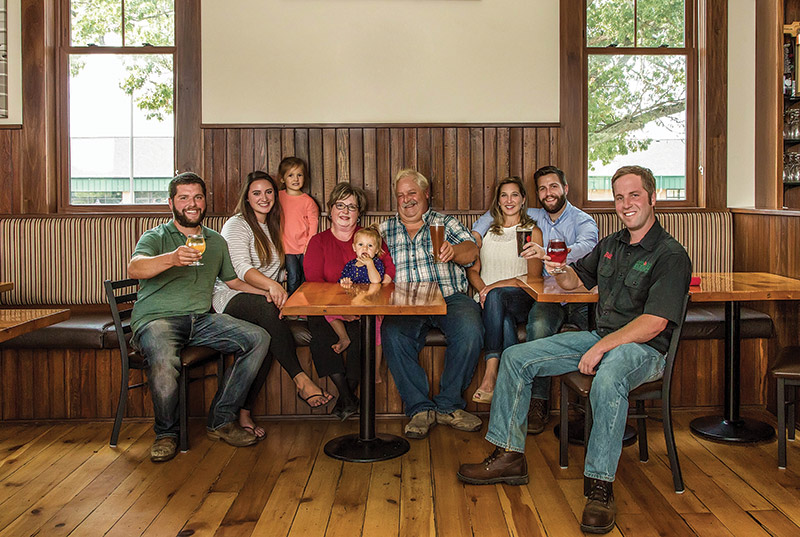 Texas Corners Brewing Company was founded by the Schultz family of Mattawan. Entrenched in the local community with their family farm in since 1951, Bill and Denise looked to expand their operation into something less weather dependent than agriculture. With award winning traditional cider already being made, they made the foray into hard cider in 2013. Events snowballed quickly from there, when they purchased the former Christ the King church you are inside today. Operations expanded into craft beer and a full service farm-to-table restaurant when doors were opened in March of 2015.

All of the family is involved in the family business. Bill and Denise run the farm along with their sons Bill and Dan. The third son Andrew manages the restaurant where he met his wife Ruth. Their sister Robyn lives out of the state, but still comes home occasionally to help. Dan and his wife Audrey have even started the 4th generation with two young girls – Lena and Ahna.

Texas Corners Brewing Company is a homage to the family history which was started by grandparents Victor and Dorothy after WWII. A canvas near the bar is tribute to them. We look forward to providing quality craft beer, cider, and food at Texas Corners for a long time to come. After all, craft beer deserves craft food!

Growing up on the family farm in Mattawan, Andrew Schultz has always had an interest in food - from growing it, to manufacturing and marketing, to consuming it. Andrew focused on food while at Michigan State University where he graduated with a Bachelor's degree in Agribusiness Management. Working for a global food company in Texas, he decided to return to Texas Corners when the opportunity presented itself to start a new family business from scratch. Check out the menu to see what seasonal creations the team at TCBC have crafted!

While traveling the world Jeremy found a passion for craft beer and starting creating his own at home around eight years ago. Growing up in Western Michigan with its abundance of agriculture, and studying mechanical engineering at Western Michigan University has been Jeremy’s inspiration. He is dedicated to his community and incorporating the freshest, local ingredients possible in each of his brews. Check out our current tap list to see which of his creations you can try today!

Why is it called “Texas Corners” Brewing Company?

Texas Corners is the name of the intersection directly to the south of our restaurant. We are also located on the corner of 8th St. and Texas Drive. Our brewpub is located in Texas Township, which was founded and settled around the time Texas gained independence. It’s believed locals took inspiration from the Texas independence movement. You can find out more on the history of the area at the Texas Charter Township website.

How long have we been open?

The building was purchased by our family in 2013 and our dream of a brewery and restaurant went into motion. Construction and licensing took about two years, and we officially opened to the public on March 23, 2015.

Was the building a church or a school house?

The original part of our restaurant and taproom was designed and built as a church during the 1910’s. The front steeple portion was added at a later date, and the kitchen was added on right before we opened in 2015. The building was a church until the mid-1990’s before being repurposed as a gift shop. At the time we purchased in 2013, the building had been abandoned, so we repurposed this historic building into a restaurant. At over 100 years old, it is one of the oldest standing buildings in the Texas Corners area.

What is the meaning of the apple in your logo?

TCBC started as an extension of our third generation family fruit farm – Schultz Fruitridge Farms. On the farm, apples are our number one crop, and making hard cider was the original inspiration for starting the brewery. 100% of the apples used in our hard cider are grown right on the family farm five miles away in Mattawan, MI.

Why a farm-to-table menu?

With our family’s roots in farming that span over three generations, we believe that food that comes fresh from the farm can be picked at optimal ripeness, and therefore has optimal flavor. We also believe in supporting our local farming community. We use fresh fruits, vegetables, and proteins from our own farm, the local farmers’ market, other area farmers, our community college food hub, and our foodservice distributor. We consider anything grown, raised, or produced in Michigan as local.

Why are you closed on Sundays?

We are a small, family-owned and operated business. We work in the restaurant daily and like all people we need some rest. Being closed Sundays helps us and our staff rest and recover to serve you at 100% the remainder of the week!

Where do you brew your beer and cider?

We have a small pilot brewing system in our restaurant’s basement, but the majority of our production currently happens at our family farm, five miles west in Mattawan. We brew and cellar most of our beer and cider in our production facility there, before transferring to our pub in Texas Corners.

Why is your flagship India Pale Ale named “Three Brothers”?

There are three brothers in the Schultz family who own and run TCBC – Bill, Dan, and Andrew. Andrew is involved on a daily basis at the restaurant. Bill and Dan are farmers at the family farm, and grow all of the apples in our hard cider.

Why is your flagship porter named “P-51”?

Our grandfather Victor started the family farming business in 1951. Before that, he was a pilot for the US Army Airforce in WWII. He flew a campaign in North Africa and Southern Italy in a P-51 Mustang fighter. Without Victor’s vision of starting the family farm after the war, no one in the family would be doing what we are doing today. The P-51 Porter was our first beer we brewed, and it’s named in his honor.

Where can I find your brews?

Our brewery system is relatively small, so we sell 99% of our craft beers at our pub. The small remainder we sell to the occasional local bar or individual for parties. We do can and sell our hard cider at our pub, farm market, and about a dozen independent craft beer party stores in the greater Kalamazoo area.

Do you grow your own hops?

Yes, we have about two dozen Cascade and Centennial hop plants. We grow enough to brew 2-4 seasonal and small batch “harvest” ales. These brews are crafted with hops picked from our plants and used in the brewing process within days of harvest. Our remaining craft brews are crafted largely with Michigan-grown hops.